The mission of the band is to promote Scottish piping music to the
Saint Louis community and to provide musical instruction.
We perform, compete, and teach.

All performances cancelled through May 1, 2020 due to Covid19 restrictions. Please check our Facebook Page for updates.


HUGE HONORS FOR CHRISTIAN RHOADS
At the 2015 Alma Highland Games, he was named Piper of the Day!  Christian won first place in the March-Strathspey-Reel,  Hornpipe/Jig and Piobaireachd competitions. He also placed second in the 6/8 March. Earlier in May,  he swept the field in Grade 1 in the Springfield Highland Games. That was the first time the 16 year old had played in Grade 1.
Congratulations!

Please join our FB group to get the latest on what the band is doing.

Hire Us or Join Us 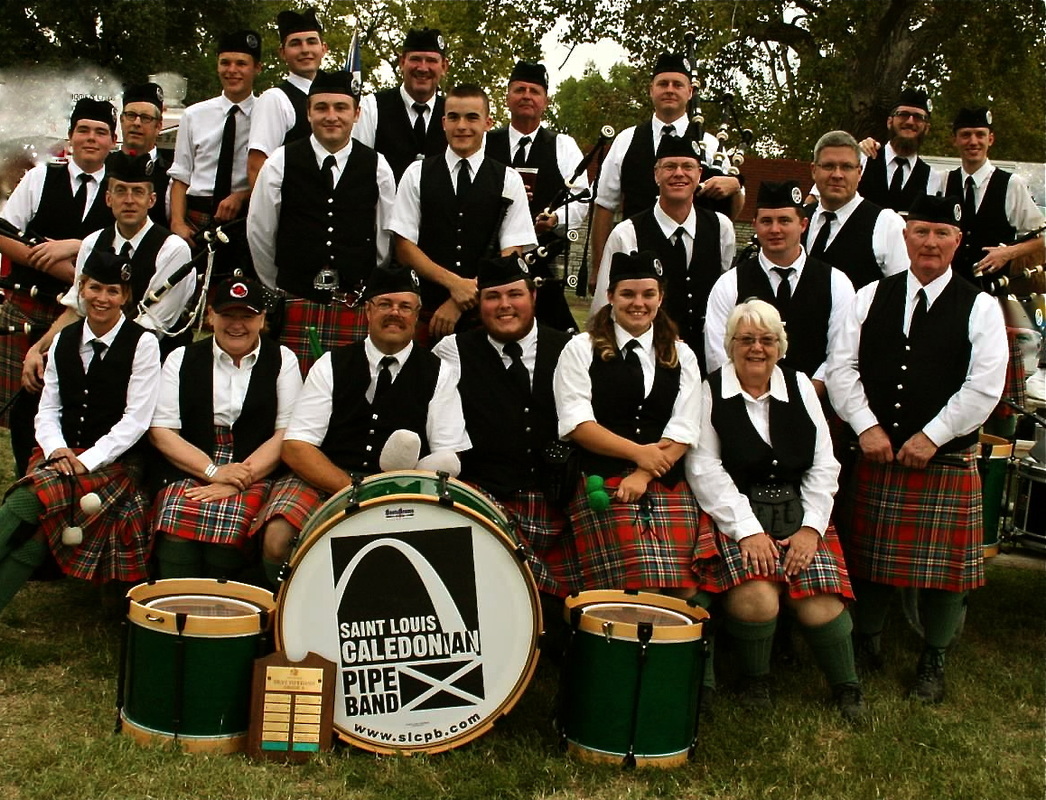 Thank you to  Susan Goetter-Ebrecht, James Oates, and the other photographers who have donated their photographs for use by Saint Louis Caledonian Pipe Band.